Posted March 8, 2019 in Careers, English, Inside Bell by Joelle Jeremie 0

With an impressive career spanning a variety of roles and sectors across the broadcast industry, Linda Masci Linton is an inspiring example of how skill, initiative and motivation can shape a successful career.

How would you describe your career at Bell?

I started at Bell Media as a Senior Producer for Women’s Sports Television network (WTSN) before moving into a number of roles at TSN including Manager, Programming; Supervisor, Special Projects; and Supervisor, Network Presentation.

What has been the most defining moment of your career?

The Vancouver 2010 Olympics, for sure has been the most defining moment. As Manager, Creative Coordination with Canada’s Olympic Media Consortium, I got to manage some really creative projects for the Games including packaging, sponsored features, set design and theme music.

What’s something that you love about your current role?

I love my team. I like watching them take on challenges and being there to back them up when they need it. I feel my job is to clear the path and let them know I’ll be there to provide support when they’re facing roadblocks. 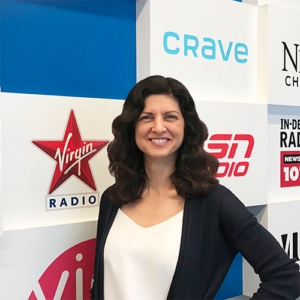 Do you think Bell is a good place for women to work?

Definitely, I do. Coming up through production, I’ve always had strong women in senior positions around me. Plus, I was lucky that my first role at Bell Media was for WTSN, the women’s TSN sports channel that existed at the time, so I was surrounded by talented women I could learn from.

Throughout your career, what’s been the best advice you’ve ever gotten?

Someone once told me that the best way to grow in my career was through learning how to delegate. I was so used to being the ‘doer’, taking on everything myself. For a while, I thought that I was delegating, but I wasn’t. It was only after I understood how to delegate properly that I could manage all these different departments, people and projects. Otherwise, I would probably still be working with a smaller team and doing everything on my own. That was really a breakthrough in my career.

How much, if at all, do you think luck has been a factor in your success?

I don’t think luck has had a lot to do with it. It’s more about hard work and drive. Even early in my career, I would knock on people’s doors. I wanted to move up. When I was a coordinator, I wanted to be a researcher. When I was a researcher, I wanted to be an associate producer. So I would ask people what projects were coming up and how I could be involved. I’ve done and worked on so many different things, and there’s been a lot of hustle involved.

What advice would you provide to other women working at Bell?

If you want to grow and develop, I think it’s key to seek out feedback and foster that relationship with your leader. I’ve learned that the contacts you make and the relationships you build are really important. It’s also important to keep your eyes open to opportunities, and to reach out and grab them when they come around. It’s great when someone approaches you with an opportunity, but it often doesn’t happen like that. If you want something, put your hand up.