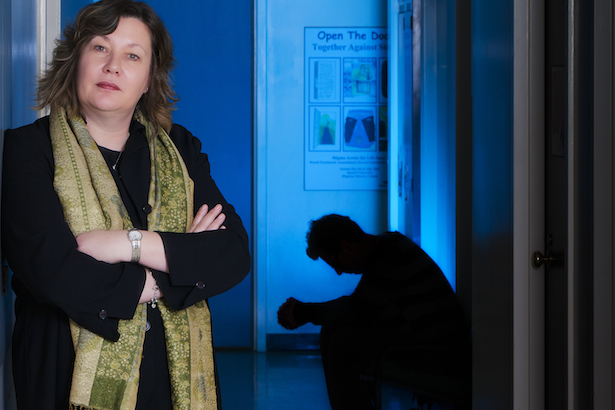 Clara’s Big Ride was a heroic effort on the part of Canada’s six time Olympic medalist Clara Hughes to raise awareness and reduce the damaging stigma that still lingers around mental illnesses.

Sharing a message of strength, hope and recovery on her unprecedented cycling journey around the nation, Clara talked openly with Canadians everywhere about her personal battle with depression.

Her Big Ride placed a spotlight on those who have successfully managed their mental illnesses and were willing to talk about it. If someone like Clara is open about what dealing with mental illness is like, that helps create a climate in which everyday people who struggle can feel more comfortable about reaching out for help.

The impact mental illness has on Canada as a whole

One in five Canadians will experience a mental illness each year. When left untreated, mental illnesses can destroy quality of life, derail academic trajectories, interfere with occupational goals, and reduce life expectancy.

Mental illnesses cost the Canadian economy more than $50 billion a year – in short and long-term disability, absenteeism, and reduced productivity.

Mental health services are seriously underfunded or, in many parts of the country, non-existent. Comprising 15% of the country’s health burden, mental illness receives less than 5% of health care funding. To compound the issue, most people who struggle actually delay or avoid seeking out whatever treatment options might be available. They may not tell anyone at all that they have a problem. The stigma is a primary reason.

Yet this is the reality for many Canadians who struggle with a mental illness.

When popular and high-profile people like Clara Hughes show others that they are comfortable speaking about their illness, sharing stories with others who’ve struggled, and taking the message of hope to everyone, it makes it that much easier for all of us to help move things forward. And there are certainly many simple things that we can all do to help reduce the stigma around mental illness, including:

Do any of the above, and Bell will donate 5 cents more to Canadian mental health initiatives.