How the New Samsung Galaxy S5 Makes You a Better Photographer

Blurry Photos Be Gone.
The Galaxy S5’s Fast Auto Focus feature delivers a 0.3 second response time – the fastest on any smartphone. This means you’ll be able to capture fast-moving pets or your baby doing that hilarious thing that babies do in stunning detail without blur or image grain. And, because the Samsung Galaxy S5 also comes with a 2.5GHz quad-core processor, you’ll be able to see it, snap it and have it up on Facebook within seconds, all in its crisp, clear, colourful glory.

No More Dark Portraits.
The HDR feature (high dynamic range) comes in handy when you’re trying to capture photos of people or pets outdoors, but have the sun or shade causing unsightly shadows. HDR provides an optical counter light, which brightens the dark areas of your subject while still maintaining the colour and vibrance of the surrounding scene. 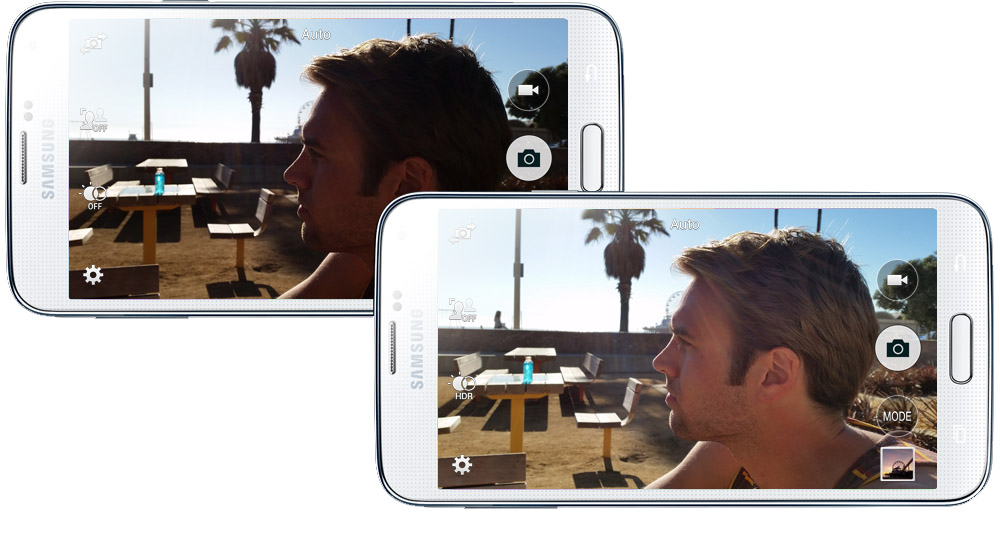 With HDR activated, dark areas of your subject will be brightened while still maintaining the colour and vibrance of the surrounding scene.

Focus On What Matters.
Photographers are taught to frame their shots as to avoid “noise” or unsightly distractions in the background. That’s easier said than done, especially when you’re in the moment and need to capture the magic as quickly as possible. With Selective Focus, simply tap the screen before you snap the shutter and your Galaxy S5 zeroes in on your subject, blurring out the rest (known as depth of field). You can use this technique in almost any scenario and to great creative effect.

The Samsung Galaxy S5 is now available at your local Bell store or Bell.ca.